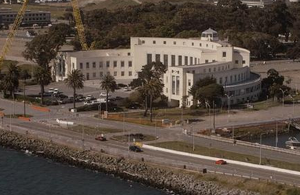 A private psychiatric hospital, overseen by Dr. Hunter Percy. The OA, as Nina Azarova, agrees to attend the Melanu Clinic in preference to being transferred to a psych ward in a State Hospital for a fourteen day evaluation following her arrival in the Second Dimension, and subsequent erratic behavior.

The Melanu Clinic is also the location visited by Homer during the NDE where he finds & eats an anemone, granting him knowledge of the Second Movement.

The Melanu Clinic is featured heavily throughout Season Two, appearing in nearly every episode.

[ Episodes to be added ]